Lord Vog appears mostly as a standard Vargr male. His red, faceted, gem-like cybernetic eyes immediately mark him out as unusual, however.
Vog generally dresses and carries himself as a pampered aristocrat; even when wandering the wilds of extra-dimensional space.

Lord Vog was born deep in the Vargr Extents, raised as a psionic nobleman among the enigmatic Roth Thokken; the blind, psionic, sub-species of Vargr. Very early, he demonstrated strong abilities in the very rare talent of dimensional manipulation.

He joined a magical/psionic secret society known as The Fellowship of Illustrious Boneroses. There he meets the genetically engineered “nixie” Sheila; who is also a member of the Boneroses. Vog shows no aptitude for magic, though his ability to psionically manipulate dimensional barriers is highly valued by the organization.

After the collapse of the Boneroses, Vog and Sheila find themselves in the employ of a Droyne Oytrip (“Community”) in the Vargr Extents. There they learn about the existence of the Ancient being Yaskoydray / “Grandfather”; the god-like patron who continues to guide his “children” the Droyne. Vog becomes an agent of Yaskoydray, performing secret missions on his behalf. During this period, Lord Vog had cybernetic enhancements to provide himself extensive visual capabilities, adding a pair of gem-like cybernetic eyes into his previously empty eye-sockets.

Through his service to Grandfather, Vog and Sheila end up within the boundaries of the Third Imperium of Man. Vog is instructed by a Droyne drone priestess to use his dimensional manipulation skills to travel to a point in the empty void of space and await his new assignment.

When he opened the portal into what should have been the dark, empty, airless void; he instead found himself stepping onto a starship deck. Vog and Sheila thus joined forces (upon the command of Granndfather) with the Zaibon Huscarls.

In the service of the Zaibon Huscarls / Rogues, Vog and Sheila met and became trusted associates of the supposedly assassinated Emperor of the Third Impirium, Strephon Alkhalikoi. Via the Rogue’s efforts to re-unify the fractured Imperium, Lord Vog of the Roth Thokken also becomes a Knight Commander of the White Star and an imperial honor baron, under the title Lord Fog. On holiday of 1114, Emperor Strephon appointed Lord Fog as the High Imperial Legate to the dimensional-spider-occupied system of Munnarn. In that capacity, he also received a Knighthood in the Order of the Third Imperium.

When he visited The Immortal City of Pandius with Lord Fermi and Erdiduk, Lord Vog experienced a breakthrough. Between the Library of Pandius and a few carefully worded questions to Lord Fermi’s patron Immortals he began to understand an inherent relationship between his dimension-warping psionic abilities and the practice of magic. Suddenly magic made sense, and he progressed rapidly in both theory and practice.

As the Imperial Legate to the recaptured Munnarn System, Lord Vog has also established himself as the Lord of Fogport, the newly established settlement that stretches between the Fog and the Material around the Munnarn Highport. The Magma Forge, a sort of localized dimensional rift that supplies constant energy and molten metals, also serves to enhance his magical powers (and the powers of his Circle of Fogport) quite substantially.

Vog was elected to a position on the Rogues Executive Committee when Prince Orkin “ascended” without having declared a clear line of succession. 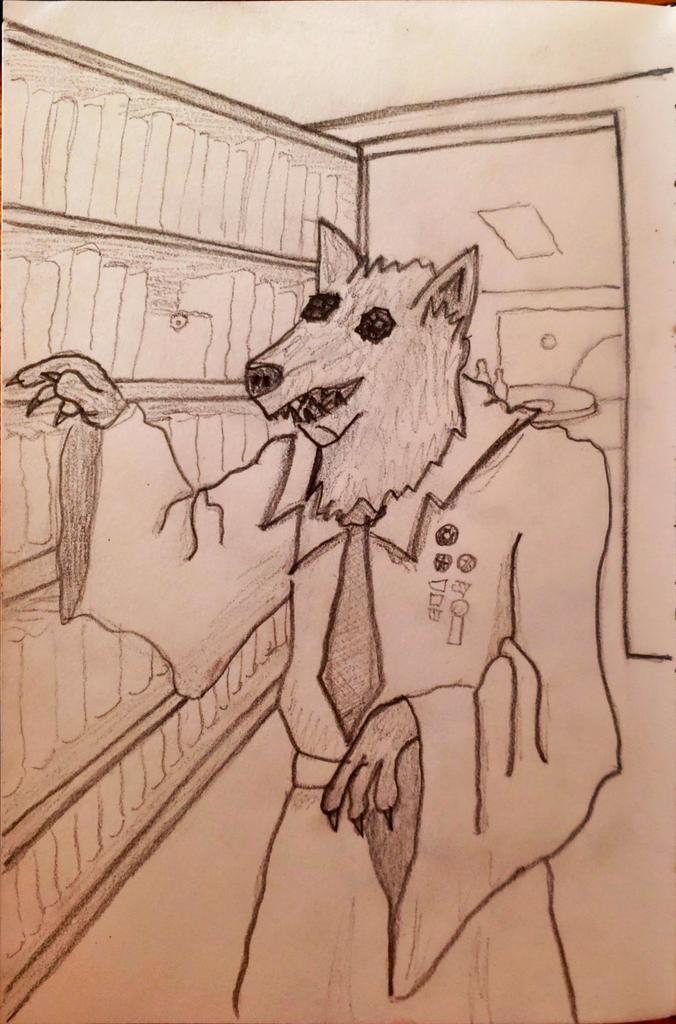