Chief Engineer (and Wizard) of the INS Errant Cavalier

Tea-Tree grew up having strange “supernatural” experiences now and again. Laughed off and sometimes belittled for this, he threw himself fully into the hard sciences in preparation for a military career. His childhood dreams were dashed when his application to the Imperial Naval Academy was denied. He chose to make due with the Munarni Planetary navy.

Recruit Lemon began having horrible nightmares of giant spiders on the threshold of reality. He was undergoing psychiatric evaluation when the planet was invaded by dimension hopping giant spiders.

He was promoted to Ensign (O1) in orbit over the spider-controlled planet by the Munarni Planetary Navy in Exile.

Ensign Lemon was captured by the giant spiders during the initial attempts to retake Munnarn. He was freed as part of a prisoner exchange negotiated by Lord Vog, the new Imperial Legate to Munnarn. To his dismay, he discovered that the Munarni Navy had already declared him dead. Instead of fighting this, he simply signed up with Lord Vog’s allies, the Zaibon Huscarls, a.k.a. “the Rogues.”

When the Rogues then disintegrated (due to a power vacuum at the top) Tea-Tree found himself as the Chief Engineering Officer for a captain named Sam Vibes.

Early in his time with Captain Sam Tea-Tree started studying magic with the Circle of Fogport, specially Sheila before she left. He continued studying and practicing the art, even without instruction. Then he found more instructors: Golden Apple and Mariner Antique. With their instruction he has grown far more competent in the art, competent enough to form his own magical circle in Zaibon, on Magic Rock.

He has been charged by Lord Doctor Roguhu with developing laboratories to study magic on Magic Rock. He has, however, spent more time planning the humanitarian expedition to the Darrian subsector…

He is long overdue for a promotion… 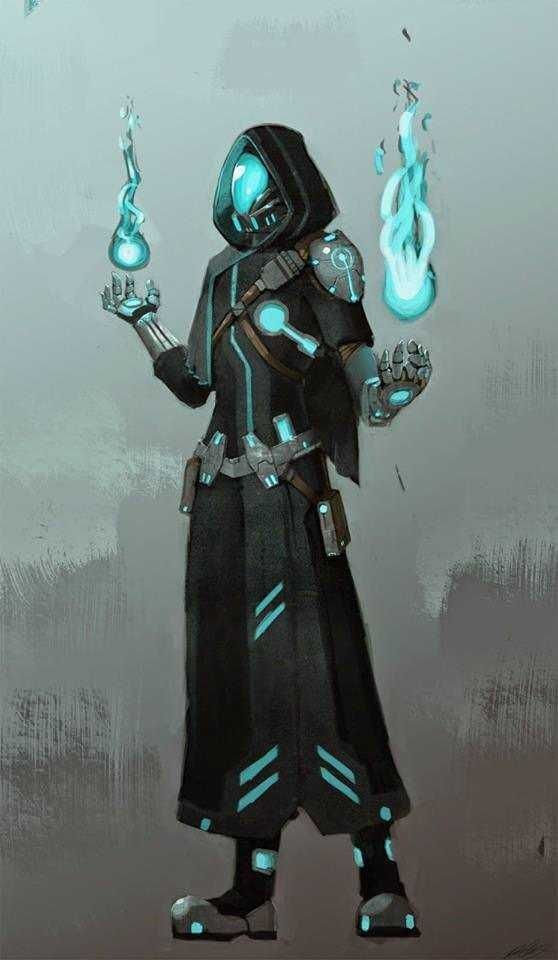