Mary grew up raising kian in a domed ranch on Trin. She learned Nahuatal as well as Anglic at home, but otherwise had only minor contact with her father’s Amec culture and heritage. Taking quickly and enthusiastically to the sciences, she lept at the first opportunity to leave the planet. Mary joined a Scout Service coordinated expedition to a nearby gas giant moon. As a crew-scientist abord the Orvit, she became proficient in operating the ship’s defensive screens.

When the commanding officer of the Orvit was accused (and eventually convicted) of selling Imperial intelligence to the anti-Imperial IneGvar terrorist organization, the young scientist’s career was put in serious jeopardy. She survived the legal, social, and professional struggles that followed, managing to stay on the Orvit (obviously under new management) through it’s transition into top-secret intelligence work during the Fifth Frontier War, where she was introduced to the study of psionics.

Using the insights of psionics Mary was able to make dramatic leaps in methods for quick security scanning of robotic software and data storage. However, with the end of the war, her interest in psionicology drew more and more criticism from the Scout Service and the various governing bodies of Trin, resulting in her demotion to a planet-side laboratory.

She quit her job in disgust and traveled the Spinward Marches aimlessly for a year.

In Glisten she met Captain Sam and Tea-Tree Lemon… and joined them as a crew-member (screen operator) on their starship the Errant Cavalier.

In Zaibon the crew was assigned an entire asteroid lab-facility… with open license to study psionics, magic, and whatever else they want.

Ecstatic to finally have the opportunity, Mary had herself properly tested for psionic potential and received proper training in a number of (mostly technologically oriented) psionic skills.

Her research into more subtle anti-psi shielding and anagathic chemistry/botany are only in very rudimentary stages.

She may deserve a promotion by now. 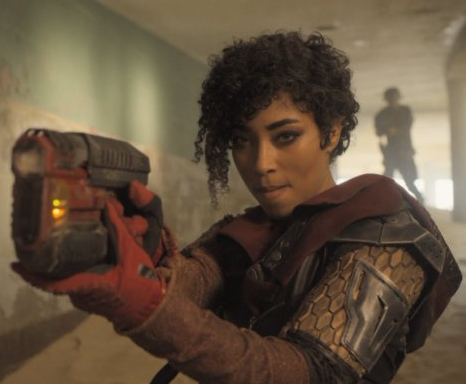