Appears to be a Droyne of the Warrior caste. Heavily armored, and with substantial psionic abilities.

Overcame Darla with a psionic assault and was invisibly approaching her physical form when Fermi hit it with a full-auto burst from his PGMP. The attack drew blood from the Golden Apple and forced it to retreat into space and vanish again. The Rogues were able to nonetheless track it back to its home, the aptly named “Apple Island,” a flying island of sacred and mythological significance to the True Galactic Church.

The Rogues eventually discovered that the Golden Apple was magically enslaved to a bracelet/bracer worn by the Counts of Aki, having been bound there by one of the ancestors of the current Count.

In return for the Rogues collection of Xi, Count Domonicus gave the bracer controlling Golden Apple to Tink Tink. Tink Tink has given him the nickname “Obi”.

On Imannik, Obi discovered a whole planet populated by “Chirpers” (immature Droyne!). Disturbed by this, Obi “adopted” three Chirpers who were willing to come along with him. These three were eventually casted by the Oytrip of the Ceramic Space Worm, giving Golden Apple the opportunity to begin his own Droyne family if he so desires.

Golden Apple was knighted as a Companion of the Honorable Order of Imperial Usdiki Guard for his part in restoring Strephon to power on Usdiki after his supposed assassination.

When Lord Vog formed the Circle of Fogport, Obi became one of the leading Magic Users on the station, joining Vog, Sheila, and Princess Lidya as teachers.

In late 1114 Obi was given the Kitsune Scouts Courier The Bevis and made Steward of Fog Island Fortress. 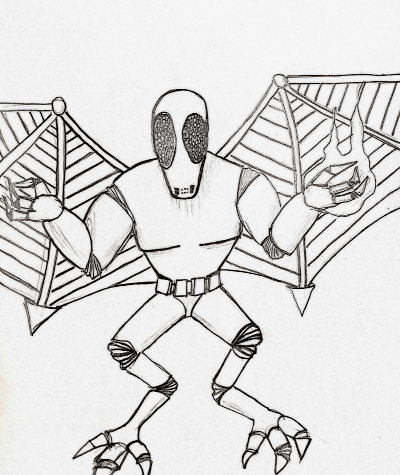