Elder brother of the Marquis Alistair Roguhu of Tenalphi; Edax Roguhu is the first Baron Zaibon of the second incarnation.

Lord-Doctor Roguhu also holds the title Patron of the Order of Tenalphi in Zaibon, and has been knighted as a Companion of the Emperor’s Guard.

Dr. Edax Roguhu made his name as a robotics expert, measurably reducing the reaction time between processing and actions taken by imperial robots. His work garnered him the coveted Shudusham Award in Robotics, and a personal commendation by the Emperor himself during a dinner immediately before Dr. Roguhu’s keynote address at the once-a-decade Shudusham Conference.

More controversially, Dr. Roguhu’s open use of anagathics (age retardants) has been taken by some as a deliberate slight against the Duchess Delphine of Mora’s standing order against conferring titles upon anagathics users. The Emperor conceded her denial of Edax’s claim to the title upon their father’s passing, appointing the Doctor’s younger brother, Alistair, as the fifth Baron Tenalphi, then later promoted him to the first Marquis Tenalphi. Shortly after promoting Alistair to marquis, however, Emperor Strephon also declared Edax the first Baron Zaibon in the second incarnation. Zaibon being merely one parsec along the Spinward Main from their native Tenalphi.

The Lord-Doctor has revitalized the played-out asteroid belt of Zaibon, turning it from a backwater of poor belters into a multi-subsector center for technology and innovation in numerous fields (including cybernetics, robotics, energy-weapon miniaturization, bio-cybernetics, powered body armor, gravitics, personality recording, artificial-intelligence, and cloning). His corporate and baronial capital at Doctors Rock became a bustling war-port during the Fifth Frontier War, serving the Imperial Navy and local colonial troops’ need for high-tech maintenance and refit yards… as well as providing ultra-high-grade cybernetic repairs and upgrades to the troops themselves.

Lord-Doctor Roguhu took the brunt of social and political blame for the outbreak of the Glisten Virus / Nitar Virus which decimated the Glisten Sub-Sector and led to the formation of the Glisten Interdiction Committee… which ended up being headed by his younger brother, the newly appointed Count Alistair. The deadly AI/nanobot/cybernetic virus was created and propagated by Commadore Xi Nitar, an officer of Lord-Doctor Roguhu’s own personal house-guard. (Commadore Nitar was also, coincidentally, the first known victim of the virus.)

The traditionalist and humanist Duchess Delphine of Mora has long and loudly denounced the Lord-Doctor and his associates as a sign of decay in the social and moral fabric of the Third Imperium of Man. She is disgusted by their promotion of cybernetics as anything other than prosthetic, the continued open use of anagathics, and the lax (if existant) ethical restrains on research; including the widely-rummored illegal psionic laboratories scattered throughout the system. In recent years she has even begun to insist that the Roguhus are sending assassins after her! 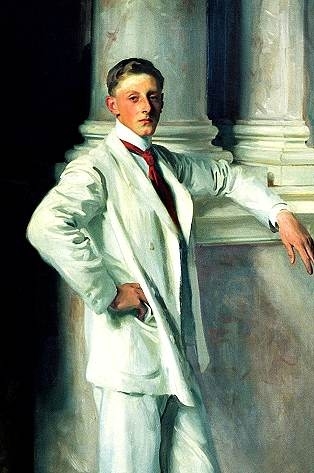