Darla joined Orkin’s crew with her girlfriend Melissa in tow. She was Orkin’s favored agent.

She went missing on an assignment… and her body was discovered by Melissa (who was sent to find her).

Orkin chopped off Darla’s head and put it in cryo, hoping that Dr. Nitar’s advanced medical/cybernetic knowledge could save/revive her.

Darla became Dr. Nitar’s prototype for his new “insurance policy” replacement body program. Unfortunately, the personality copies he produced were less than perfect. As a result, the new Darla, though inhumanly strong and capable, has little, if any, of the personality she once did.

Melissa, as a result, has left Captain Orkin’s service. She is unable to forgive him for what he has done (and had done) to Darla.

The new Darla appeared to be largely emotionless, but still functional; obeying immediately and fully all orders given. She also began to demonstrate uncanny medical knowledge and was observed engaging in advanced Nagsai meditation during her downtime.

Darla was put in charge of Engineering on the new flagship of the Rogues, the Dolorous Hauberk. She served capably in this role, until the Rogues returned to the Zaibon System to be refit.

In the Zaibon System, she encountered the suicidal virus which was designed to destroy the copies of Dr Nitar floating around… which “she” happened to be.

This drove the Darla-Android mad… and it had to be put down by Ithiklur Commandos with anti-material guns.

Doctor Roguhu salvaged what he could of her, at Orkin’s request. He wired what was left of Darla into one of his newer Battle Platforms… and waited to see if she recovered.

Darla (or at least the current Darla) awoke to the Vargr face ofFermi Meat Redshirt. She didn’t know who she was, what, or why. The befuddled Vargr recruit somehow talked her through the transition and helped her find her “records” (memories?) of the Rogues and their operations.

He also discovered at this time that Darla was now able to manifest herself by accumulating dust and debris to form an image (similar to that demonstrated by some advanced Nag Sai Adepts) of a little wolf-girl in a Red Riding Hood. She also began to demonstrate telekenetic ablities.

Darla resumed her duties as Chief Engineer of the Dolorous Hauberk, though usually just as the image of the wolf-girl. Darla’s Battle-Platform body is usually either strapped to the outside of the ship, or in one of the hangers. It seems strangely unsocial, only the images she projects interact with people.

When first meeting Cyborgia, Darla demonstrated the ability to put on other “costumes,” such as a hulking were-wolf image. The huge were-wolf form became her preferred form for working with the Ithiklur officers on the Engineering decks.

During the Chaos in Glisten of Holiday 1112, Darla and Aelis Min Honin captured the 1000 ton Inquisatorial Cruiser used by Imperial Ministry of Justice agents who tried to apprehend them and Vud for their “unregistered” psionics. Darla began spending her time between the new Nag Sai ship, rechristened the Perfected Blade, and her duties as Chief Engineer on the Odin. She also began manifesting as a floating, disembodied wolf girl head in a red riding hood.

When Count Villesoth ordered the Rogues to eliminate the Xi count of Aki, Darla was assigned as the temporary Captain of the Perfected Blade.

Darla, along with the Ithiklur that she oversaw in Engineering, left the Rogues to stay with the Sisters and their Perfected Czardom. Darla wished to study further with the Nag Sai masters there.

Shortly thereafter, the Perfected Czardom vanished, without a trace, from the out of the way planet upon which it had been previously located.

Nag-Sai adepts in the Munnarn System have recently (as of 1114) begun teaching that Darla is now one aspect of the Twelve Sisters. The change in doctrine occurred at about the same time that Prince Orkin vanished and was promoted to venerable status. 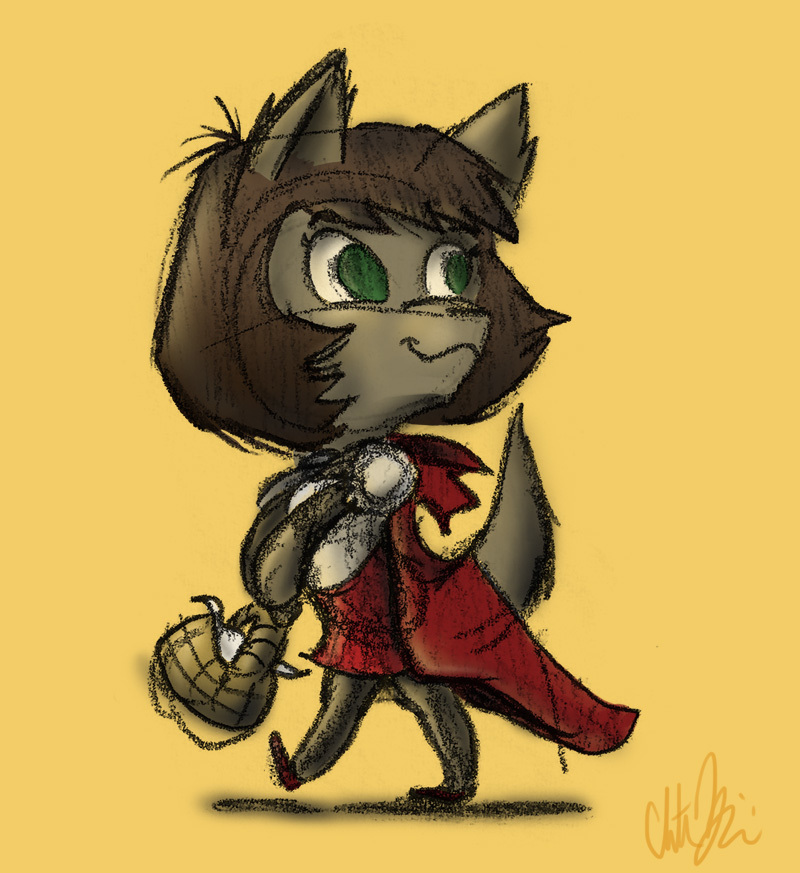